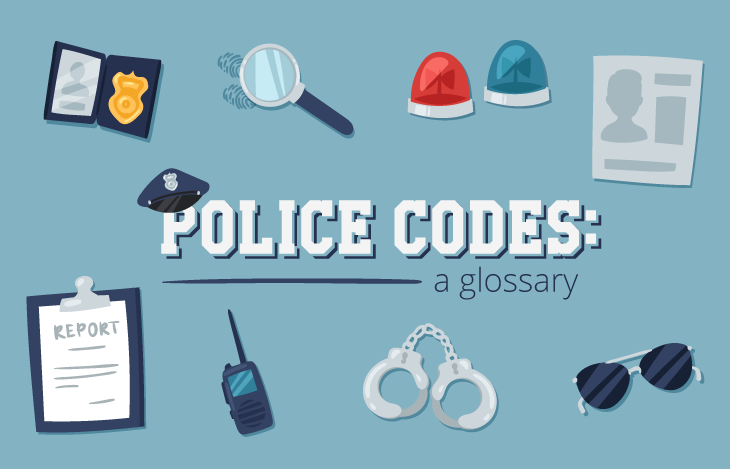 These are two of the universal police codes that we’ve heard on popular true crime TV shows or on police scanners. The code 10-20 means “What’s your location?” and the latter code means “OK.” These police codes, most often beginning with 10 and followed by another number, are a common discreet form of communication within law enforcement offices. While there are some universal codes, such as 10-4 and 10-20, most law enforcement agencies have different meanings for their codes.

Necessity is the mother of invention, and back in 1937, police departments were looking for a way to efficiently transmit information over limited radio channels, and speeding up the process.

The Association of Public-Safety Communications Officials (APCO) that year proposed the creation of “10-signals,” based off of similar codes developed for Morse code by the U.S. Navy. As part of APCO Project 3, the codes were tested in the Chicago metropolitan area as a means for more effective law enforcement in the area.

At the time, there was a shortage of radio frequencies available to law enforcement organizations, and the lack of communication put officers in danger in the field. The APCO soon sold “tens of thousands” of “10-signal cards” which created a standard in the industry that was adopted across the country, including with the Division of Park Operations within the U.S. National Park Service.

Over time, these 10-signals evolved so that every department had their own codes for certain situations.

Here are a sample of some ten-codes used by police departments across the country, though the codes vary from department to department.

As mentioned above, police codes between different departments can differ, despite having the same ten-code numbers. Here’s a look at some select ten-signals from the Norfolk Police Department in Norfolk, Virginia.

Over the past decade, more states and law enforcement departments are opting to switch back to plain English for radio communications.

In 2005, a Missouri police officer radioed to a dispatcher that he had seen a Missouri State Highway Patrol car by the roadside with the door ajar and no officer inside. After doing some quick investigating, the Missouri police officer located the highway patrol officer in a ditch near his vehicle, suffering from multiple gunshot wounds. The Missouri officer radioed to the state highway patrol dispatch a 10-33, which to the local officer meant “officer down.” But for the highway patrol, that order just meant, “traffic backup.” When the officer realized the confusion with the order, the officer used plain English to alert the other authorities, and quickly no less than 50 law enforcement officers and first responders arrived on the scene to save the life of the patrol officer.

In addition to this case, there were serious communication issues during the 9/11 terrorist attacks in New York as well as during Hurricane Katrina, leading the U.S. Department of Homeland Security in 2006 to recommend departments move to plain English.

Under this method of communication, officers would radio “traffic stop” or “shots fired” to clearly get the message across during whatever the situation is.

Our nation’s history and fascination with police codes goes back many decades, but it takes a truly talented individual to master and memorize every code and know which to communicate in a stressful situation. If you’d like to learn more about police communication, then enroll today in West Virginia University’s fully online BA in Criminal Justice. You’ll learn about the qualities of an effective police officer, including quick thinking, calmness, compassion, acting rational, and being service-driven. Our faculty includes real working professionals, giving you crucial experience from those who know, and our fully online format allows flexibility for you to be able to balance your education with your busy life.